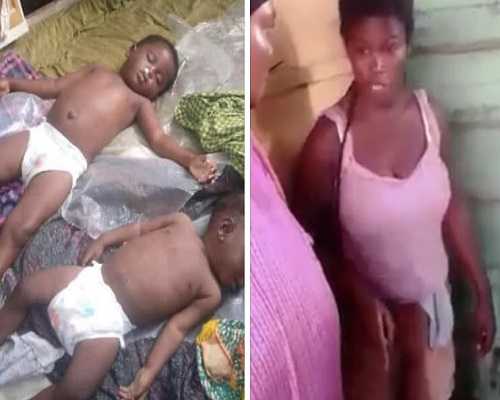 Residents at Tema New Town were thrown into a state of shock Thursday when news broke that a young woman had poisoned her two little children.

The lady is said to have killed the children by using ‘rat poison’ which she bought from the open market.

The children, two and one-year-old died in their sleep after the concoction had been administered to them.

A neighbour, who only gave his name as Eric, told Adom News the woman confessed after committing the heinous crime.

“The lady rushed out of the room after killing the children to tell us what she had done,” he stated.

Eric said her action did not come to him as a surprise since she had served notice she would poison the children because they were a burden to her.

“She always told us about plans to poison the children but we didn’t take it serious because she is mentally stable,” he said.

Eric said but for the intervention of the police, residents at Tema New Town would have lynched the young woman.